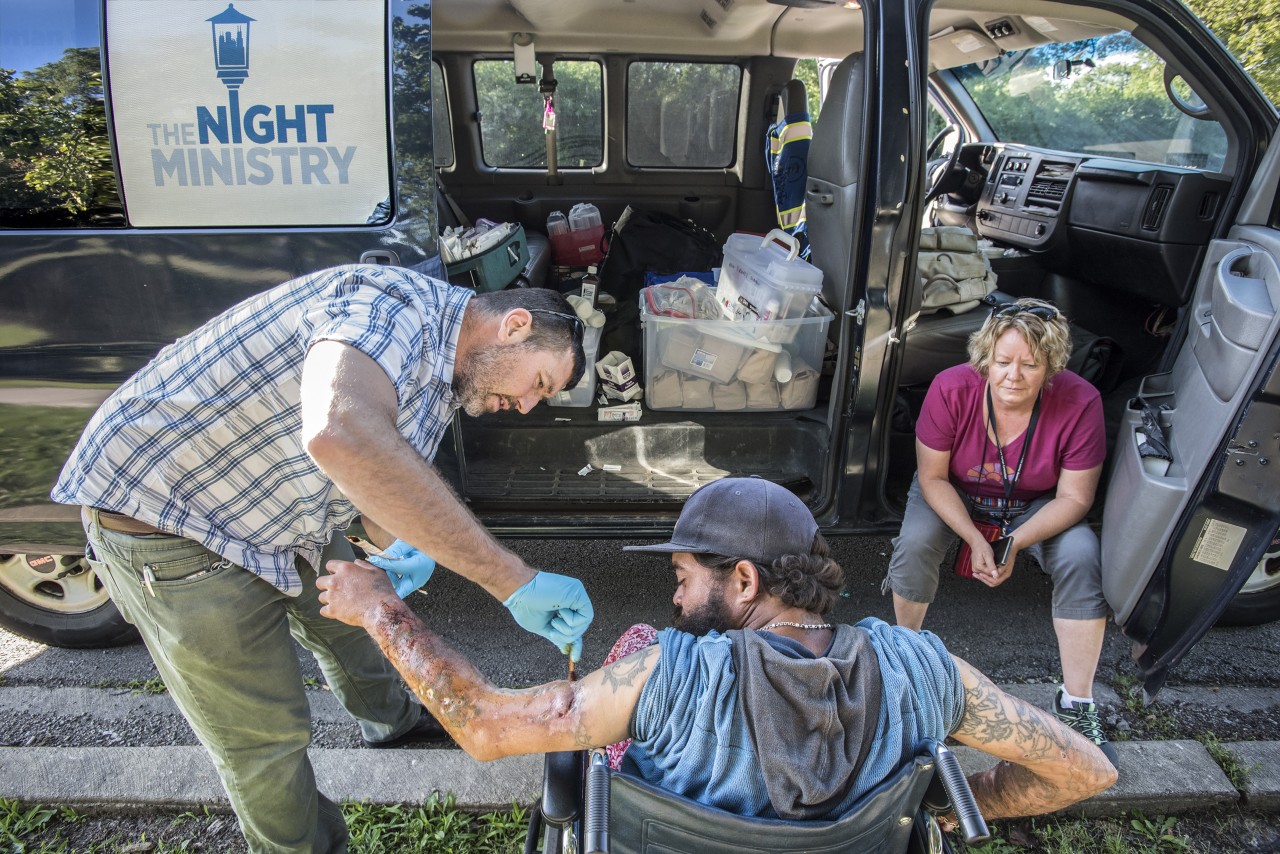 Even before Dr. Aaron Brinkman joined The Night Ministry's Street Medicine team as a Volunteer Physician, he sought ways to provide medical care to those living on the streets.

Though Brinkman had a busy professional life as a primary care physician and a National Guard Commander, a television show featuring Pittsburgh's pioneering street medicine program Operation Safety Net, the very same initiative that influenced The Night Ministry's program of the kind, initially inspired him to start his own.

Armed with over-the-counter medications and wound care supplies, he took to the streets with another Chicago organization versed in non-medical outreach. It was in this capacity that he first encountered Street Medicine. "We ran into them on the streets of Lower Wacker. In our brief chat it was obvious that they already had a better infrastructure set up," he said. "I changed to The Night Ministry's team because of its more robust program."

His street medicine experience has been poles apart from his everyday clinical practice, where the focus is mainly on preventative care, screening, and health optimization. "With volunteering on the street, while there is a little focus on prevention (i.e., flu and COVID vaccines), it is more about offering kindness and compassion while trying to manage acute and/or chronic issues like skin infections. You're more focused on trying to either put out a 'fire' or at least keep the 'fire' contained," he said.

Brinkman joined Street Medicine soon after the program launched. In his years with The Night Ministry, the team's referral network, social service offerings, and professional staff have expanded to suit the needs of the population served. "Having been with The Night Ministry for many years now, I've watched the organization really evolve," he said.
Tweet
Celebrating 45 Years: The Night Ministry Launches ...
Youth Struggling with Homelessness Have Varied Exp...
Donate Now
Sign Up for Our E-Newsletter