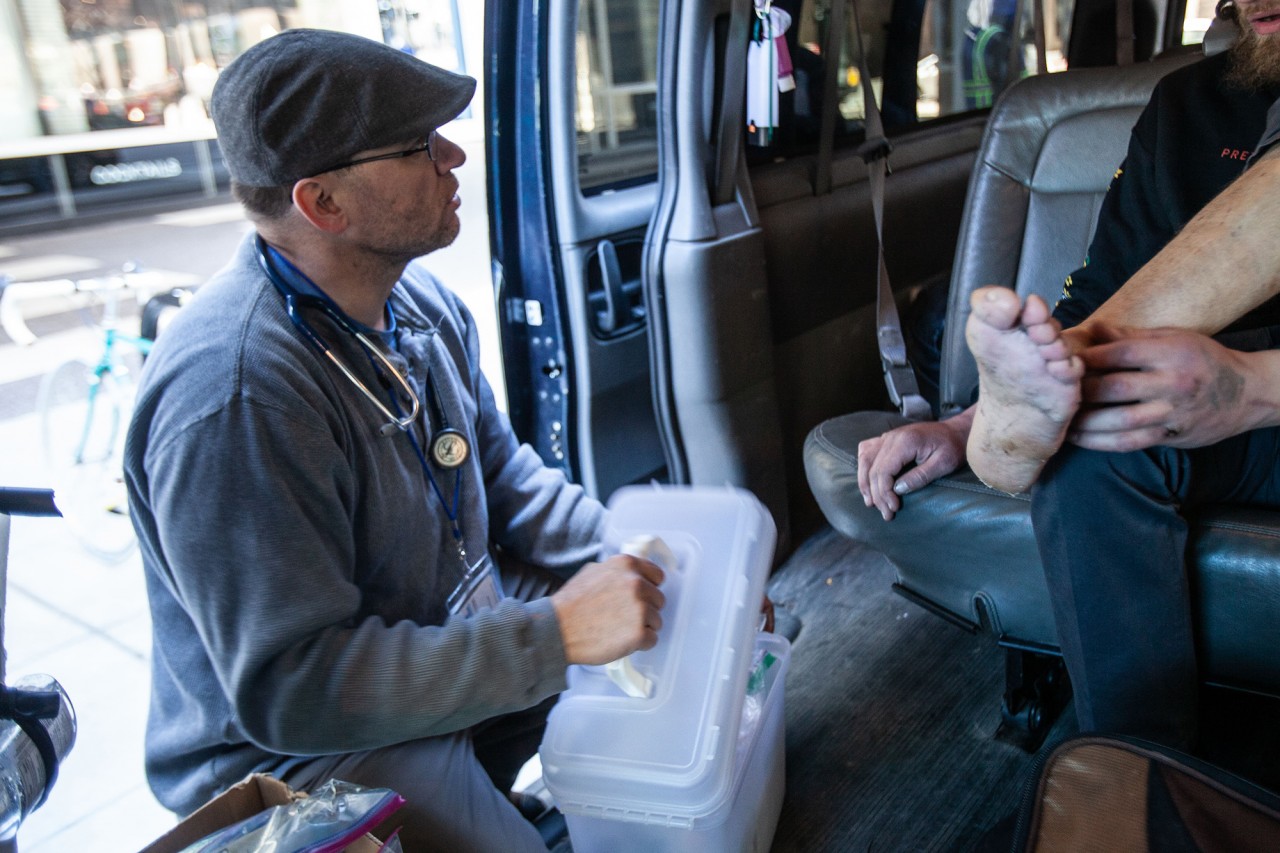 Having made house calls while working for a safety net clinic in suburban Aurora, The Night Ministry's Senior Nurse Practitioner, Stephan Koruba, has experience bringing health care directly to people where they live. He's still doing that today as a member of the Street Medicine Team, but most of the patients he sees these days don't have a permanent place to call home.

Along with a Case Manager and Outreach Professional, Koruba travels the city in the Street Medicine Van, addressing the immediate needs of individuals living in encampments, under viaducts, and along roadways. It's a job, he said, that suits him.

"I like to be outside and in the elements. I like to work with people who have fallen through the cracks. It's important to me to be in a profession where I am I'm trying to serve people."

Koruba said some patients aren't quite sure what to make of the team when they first meet.

"People can be very suspicious when a van stops by on the street and someone jumps out," he said. "But it doesn't take too long before they see that we're not asking for anything. We're just trying to find out how we can help them."

Providing that help, Koruba said, is complicated by his patients' precarious living situations.

"A lack of stable housing is such a big deal because without housing, people are harder to find, and checking up with them is difficult. It's hard to bring resources to bear and give them the best chance of getting better if they're out on the streets."

Koruba said there are also challenges for the Street Medicine patients who do end up receiving care in a hospital or physician's office. That's why, he said, the Street Medicine Team is opening up lines of communication with traditional health care providers.

"Our patient population has different needs. They don't have the follow-up resources that you or I might have, and many of them have substance use issues. So the emergency room and the inpatient providers have to treat them differently."

Tweet
Street Medicine: A New Frontier in Homeless Outrea...
The Associate Board Gets Ready for Night Lights 20...