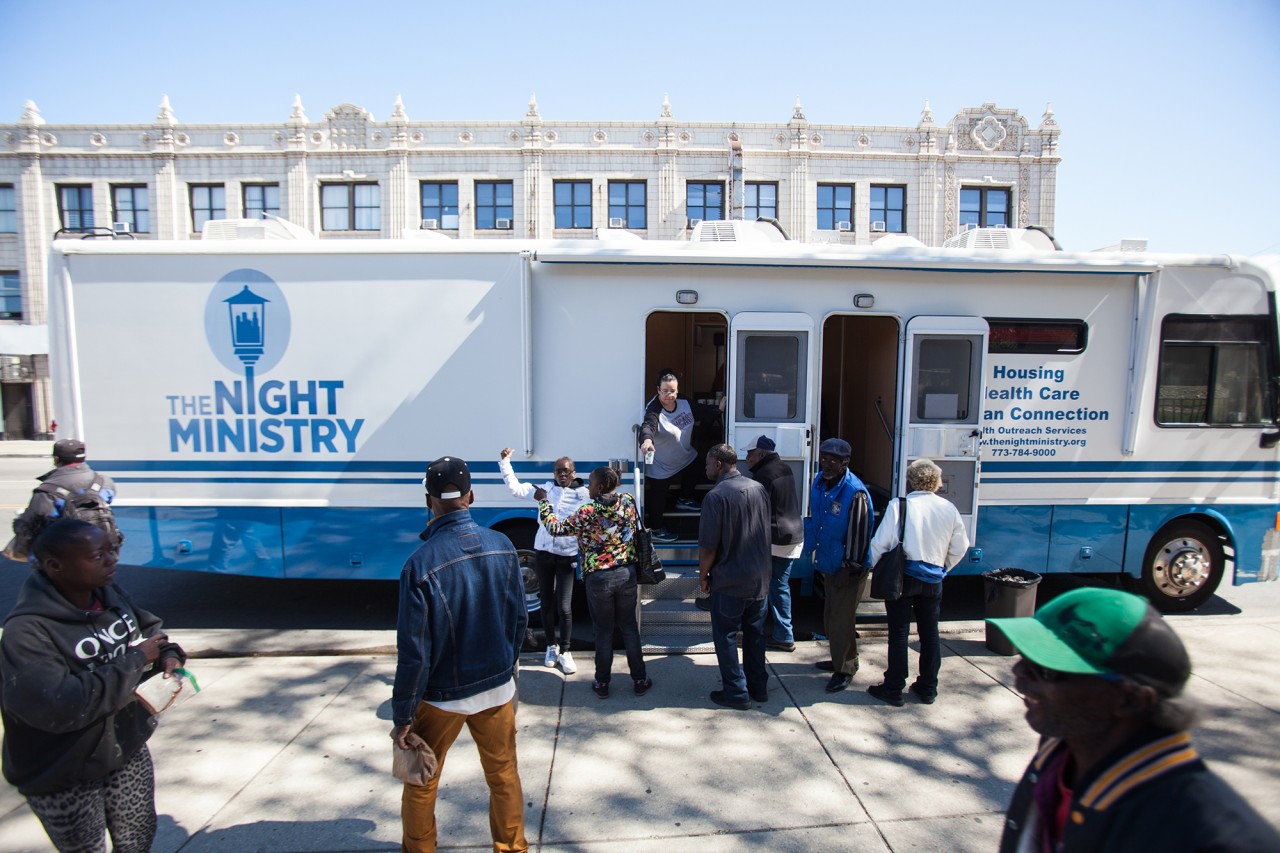 Surveys of visitors to the Health Outreach Bus tell us that 25% of those whom we serve at the Bus are literally homeless, living on the streets, in a shelter, or in a place not meant for human habitation.

Housing instability and inadequacy are challenges that impact nearly all of the visitors to The Night Ministry's Health Outreach Bus. That's according to findings from the sixth annual Outreach & Health Ministry (OHM) Street Survey, conducted by the agency's Mission Fulfillment department earlier this year.

One in every four Bus guests report having no housing, meaning they are living outdoors, in an abandoned building, or in a shelter. But the majority of those who do have housing—whether an apartment, house, or single-room-occupancy (SRO) hotel—live with conditions that suggest a lack of stability or adequacy. 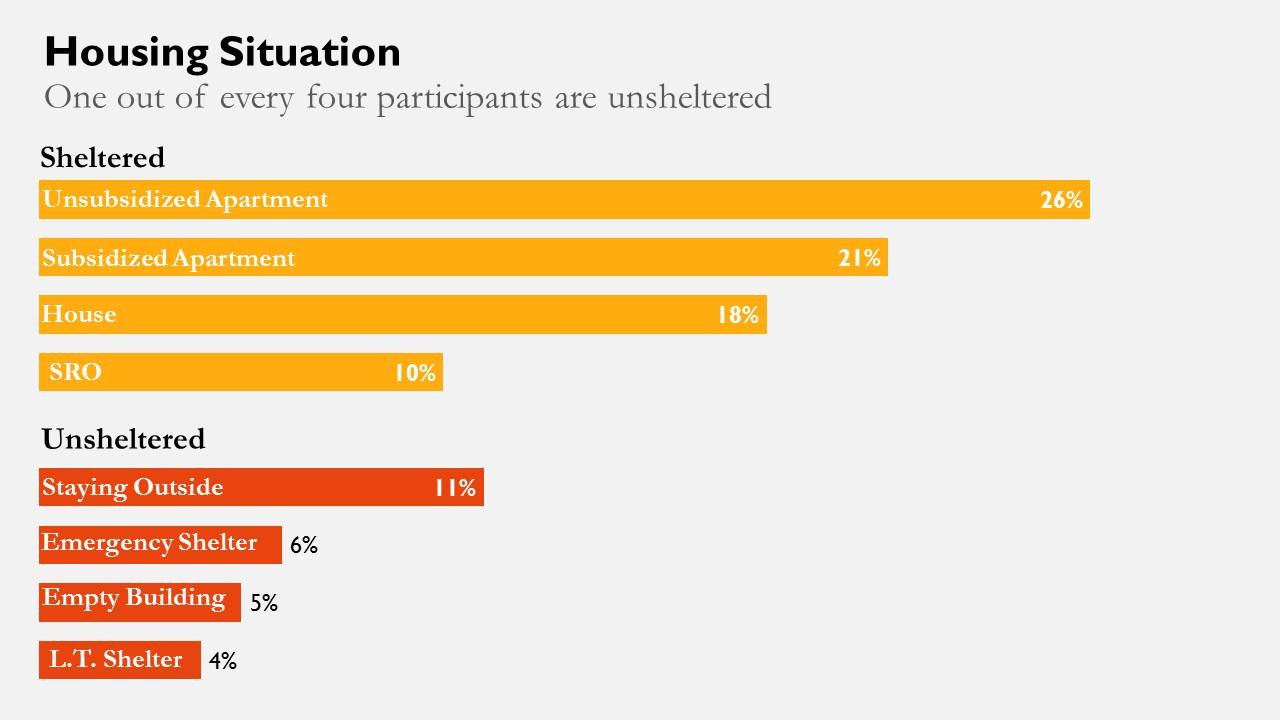 "Over 60% of those who have housing are spending more of their income on rent than is considered affordable, and 40% don't have a lease," said Gregory Gross, Director of Mission Fulfillment.

"Meanwhile, a small but significant portion report lacking basic amenities such as a stove or microwave, refrigerator, or heat in the winter. So, while the vast majority of those whom the Bus serves are housed, this gives us a better understanding of what their living conditions are." 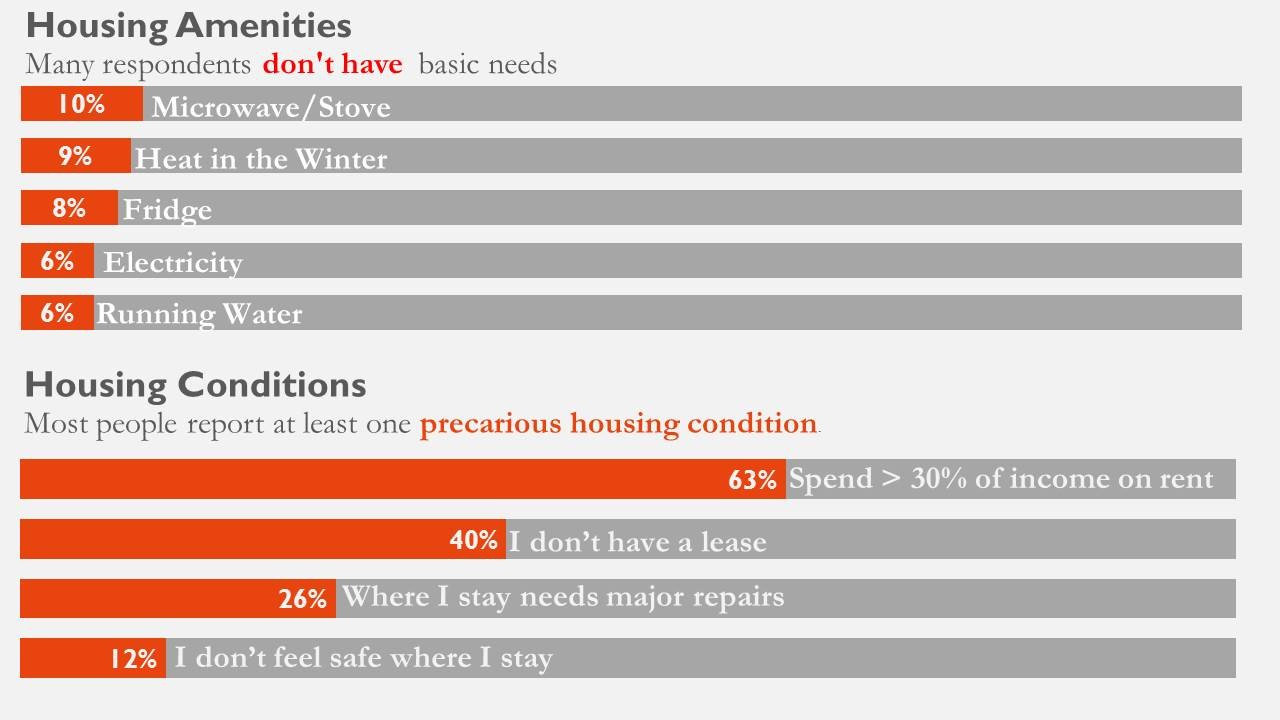 Here are some other key findings from the survey.

While OHM serves a diverse range of individuals, there are clear trends among those who participated in the survey.

"They are overwhelmingly African American and predominately male and middle-aged," said Gross. "However, there are differences among Bus stops. At certain sites, for example, in particular Pilsen and Humboldt Park, clients are predominately Hispanic/Latino."

How Clients Use the Bus

Survey responses suggested many people are regulars at the Bus. The majority of survey participants, nearly 60%, reported accessing the Bus for more than a year while about four out of ten visit an average of at least five times a month. Nearly a third met both of these criteria and are considered "high" users of Bus services.

"Regardless of use, visitors indicate they are satisfied by the services they receive, with an overall satisfaction rate of 94%," said Gross. 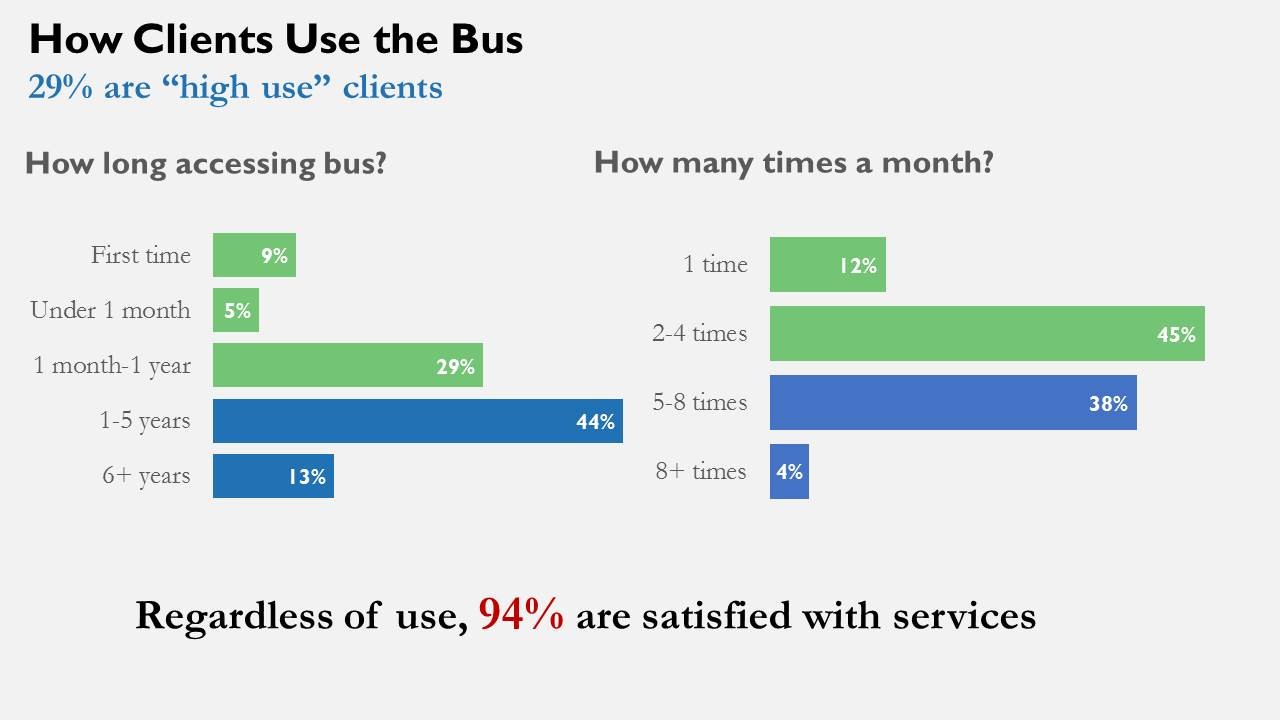 Clients rely heavily on the Bus for food. According to the survey, 38% have not eaten anything that day prior to visiting the Bus, while 43% had eaten some but not enough food.

"Coupled with the fact that virtually every client receives food when it is available at the Bus, this tells us how the meal service has become a core aspect of what the Bus offers," said Gross.

While survey respondents were more likely to report being in excellent or good health than fair or poor health (56% versus 44%), clients did report high levels of significant and diverse health concerns, including mental health challenges.

"High blood pressure, asthma, and dental issues were fairly commonly reported conditions," said Gross. "Nearly one out of three reported having depression or anxiety or both, while 16% had concerns about drug and/or alcohol use."

The Bus is a welcoming environment for many who visit it. Most reported that they feel accepted for who they are and have meaningful interactions with other clients. And while the majority said they have companionship in their lives, nearly a third reported being lonely most of the time, underscoring the importance of the relationships offered by Bus staff and volunteers.

"There are high levels of trust with staff among clients," said Gross, "with six out of ten respondents reporting they trust staff more than they trust others. And there is a clear correlation between levels of trust and accessing of health care and case management services at the Bus." 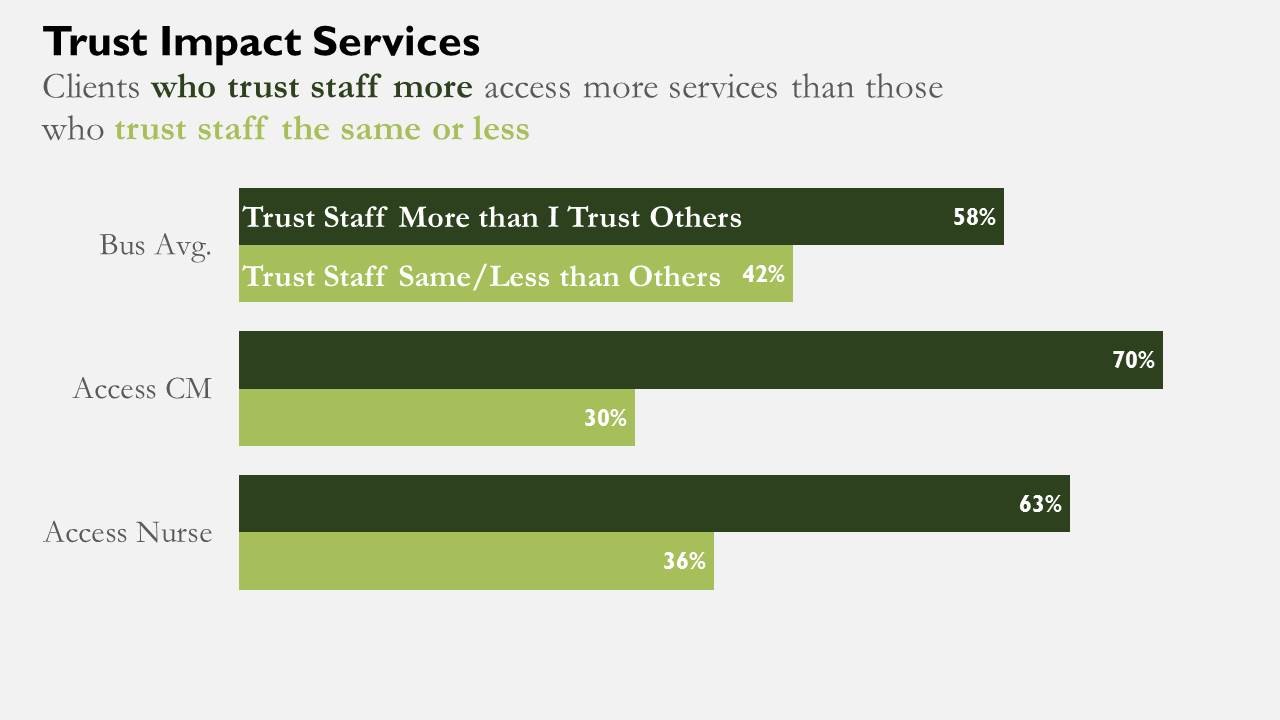 Mission Fulfillment is preparing to share the survey results with Bus visitors and gauge their reactions to the findings.

"The process helps us clarify questions that came up for us during our analysis of the survey, while also giving us a richer picture of those whom we serve and their needs," Gross said.

In My Own Words: Felons or Humans?
The Night Ministry Transitions out of Its Ravenswo...
Donate Now
Sign Up for Our E-Newsletter