Homeless Count in Chicago May Have Dropped, but Are More People Exiting Homelessness? 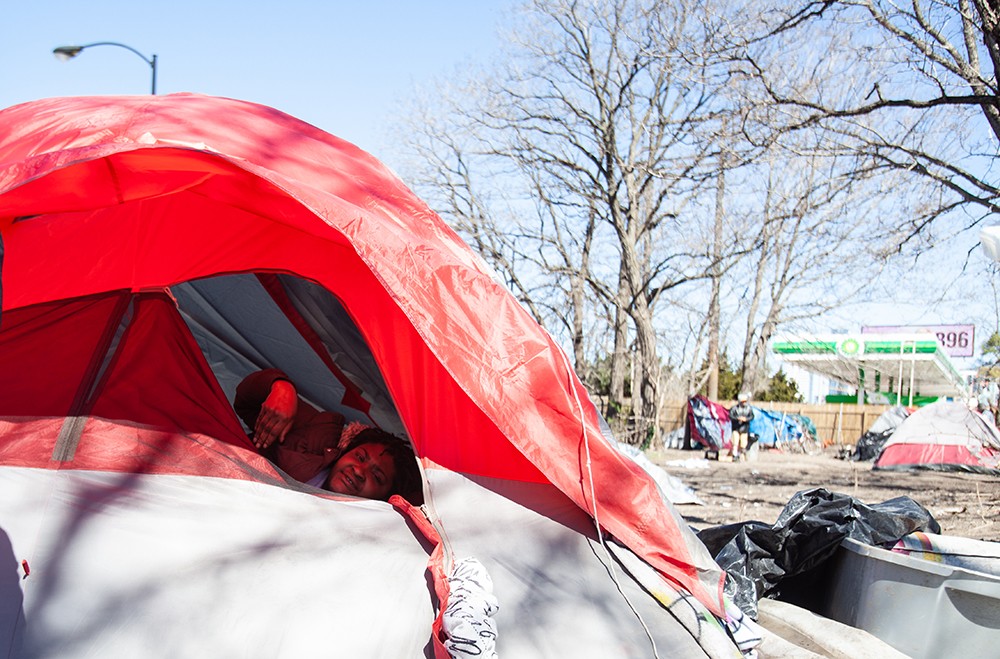 Data indicate that Chicago's homeless population has fallen over the last several years. But that doesn't mean the challenge of homelessness is going away.

In a new study, the Chicago Coalition for the Homeless (CCH) reports that 58,723 Chicagoans experienced homelessness in 2019, down 16% from the year prior. The decline is part of a trend seen during the latter half of the 2010s, with Chicago's homeless count decreasing by more than 30% between 2015 and 2019. But a closer look at the numbers indicates that the decline may not be simply a case of more Chicago residents exiting homelessness.

Roughly a third of individuals who experienced homelessness in Chicago in 2019—about 17,000—lived on the streets or in a shelter. According to CCH, the number in this segment of Chicago's homeless population has undergone little change in recent years.

More than 70% of Chicago residents who experienced homelessness in 2019 were living doubled-up, meaning they stayed temporarily in the homes of relatives, friends, or others because they could not afford their own housing. It is this population which has seen the most dramatic declines. But, as CCH points out, the declines coincide with a trend of individuals and households who struggle with poverty, particularly those of color, leaving the city of Chicago. Because people experiencing doubled-up homeless do not match the eligibility requirements for most permanent housing solutions in Chicago, CCH argues that many of them are leaving the city for places where housing is more affordable. In short, while the number of doubled-up homeless has declined, a lack of affordable housing in Chicago remains a significant barrier to ensuring all residents have a stable place to call home.

The CCH study focuses on a period before the start of COVID-19. What remains to be seen is how many Chicago residents have already entered into or will experience homelessness in the future because of the pandemic's impact on the economy. Data from the U.S. Census Bureau may give some indication of what could happen. According to The Household Pulse Survey, nearly 170,000 adults in the metropolitan Chicago area say it is very likely or somewhat likely they will lose their home due to eviction or foreclosure over the next few months.

How The Night Ministry Helps

The Night Ministry serves Chicagoans experiencing poverty and all forms of homelessness, including those who are living on the streets and doubled-up, through its Health Outreach Program and Youth Programs.

The Street Medicine Team primarily serves those Chicagoans experiencing homelessness who are unsheltered—residing on the streets or in places not meant for human habitation. Most of those who visit the Health Outreach Bus do have some form of housing, but their situation is often unstable or inadequate. The Nurse Practitioners, Case Managers, and Outreach Professionals with the Street Medicine Team and the Health Outreach Bus provide free basic health care, practical resources such as food and clothing, and connections to other services such as further medical care and stable housing. During the last fiscal year (July 1, 2020 to June 30, 2021), Health Outreach Program staff made nearly 33,000 outreach contacts with homeless or precariously housed individuals.

The Night Ministry's Youth Programs aid adolescents and young adults who are experiencing homelessness or housing instability, with services that range from street outreach to overnight emergency shelter and long-term transitional living and encompass ongoing support for young people who are exiting out of homelessness into a more stable living situation. Youth Programs staff work closely with clients, whether they are doubled-up with family or friends, are residents of one of the agency's shelter programs, or are living more independently, to help them develop the life skills and obtain the resources they need to reach and maintain stability. During the last fiscal year, The Night Ministry served 472 young people experiencing homelessness and 52 of their children.

Tweet
Straight Outta Quarantine
Celebrating 45 Years: The Foundations of The Night...
Donate Now
Sign Up for Our E-Newsletter