Sep 18 Posted by burke@thenightministry.org in Announcements 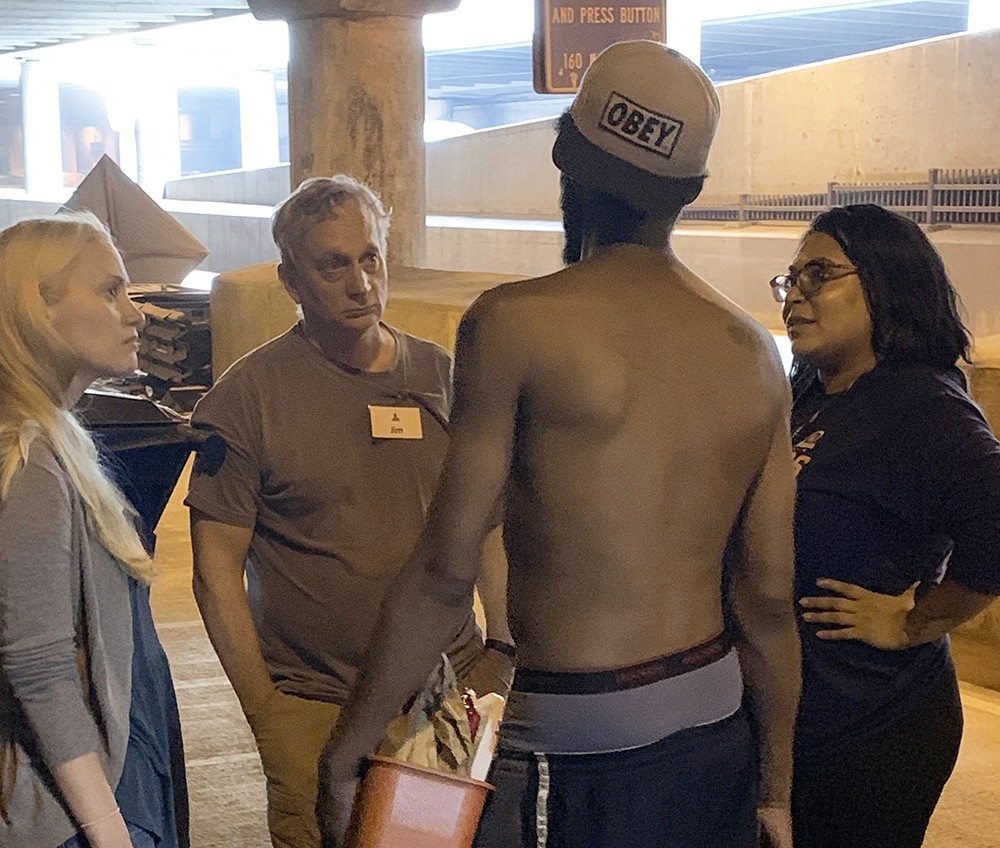 In the early 1990s, Dr. Jim Withers, a teaching physician at a Pittsburgh hospital, found himself frustrated by attitudes among the medical community that were antithetical to the goals of the profession.

"When people come for health care, they're forced into boxes that we created for them," Withers said. "I suddenly put these glasses on and realized that reality was everywhere, and we were ignoring it and judging other people's experiences of reality. And I wondered if I could cross over into someone else's reality."

Withers decided to explore that question by hitting the streets of Pittsburgh alongside Mike, an individual who had previously experienced homelessness, to bring health care directly to people living on the margins of his city.

It was a humbling experience.

"I remember a guy sitting next to a campfire. He was watching me take care of somebody else. He just started sobbing. I said, 'Are you all right?' He said, 'I can't believe someone cares that we're still alive.' And so I realized that this was a real privilege and a real responsibility."

This outreach led to the founding of Operation Safety Net (OSN), the first full-time, comprehensive medical service of its kind for unsheltered homeless. OSN has served as an inspiration for street medicine programs around the world, including the one started by The Night Ministry in 2015.

Withers was in Chicago recently to witness The Night Ministry's Street Medicine Program in action, joining the team as it provided services to clients along Lower Wacker Drive, in Chinatown, and in the Loop. He also spoke to other health care professionals and supporters of The Night Ministry during a lunchtime event.

"We are all impressed by The Night Ministry's Street Medicine Program," he said. "I celebrate what you've done, and the amazing work you've accomplished in not too many years."

Withers said the street medicine approach has spread over the last three decades to more than 200 cities across six continents. "There's a symphony that is building that says we're going to treat each other like brothers and sisters."

Street Medicine programs usually begin at the grassroots level, Withers said. "I call it a statistically significant miracle because it happens in many places when people just have the right commitment and faith to just do it. The standard archetypal story is a small group or an individual feels called to go out and look at and then try to address overwhelming medical needs."

"They go through phases---shock, conviction, fear---there are all these kind of reactions to, 'Where do I start? How do I do this?' And if they're successful, they say, 'I'll just start with the person in front of me and then I'll see where it goes,'" he said.

Withers, who travels extensively to consult with programs across the world, said medical students are often spearheading street medicine efforts in their communities.

"One of the major themes that's emerged in the last 15 years is students wanting this because that's why they wanted to go into health care. So when they hear about it, they organize it themselves," he said.

"More recently more nonprofits have been saying, 'You know what? I've heard about this, we're doing all the rest, but now we need to do that, too.' In the future, I see larger systems saying, 'It's like not having a fire department, we need to have [a street medicine program].'"
PRINT