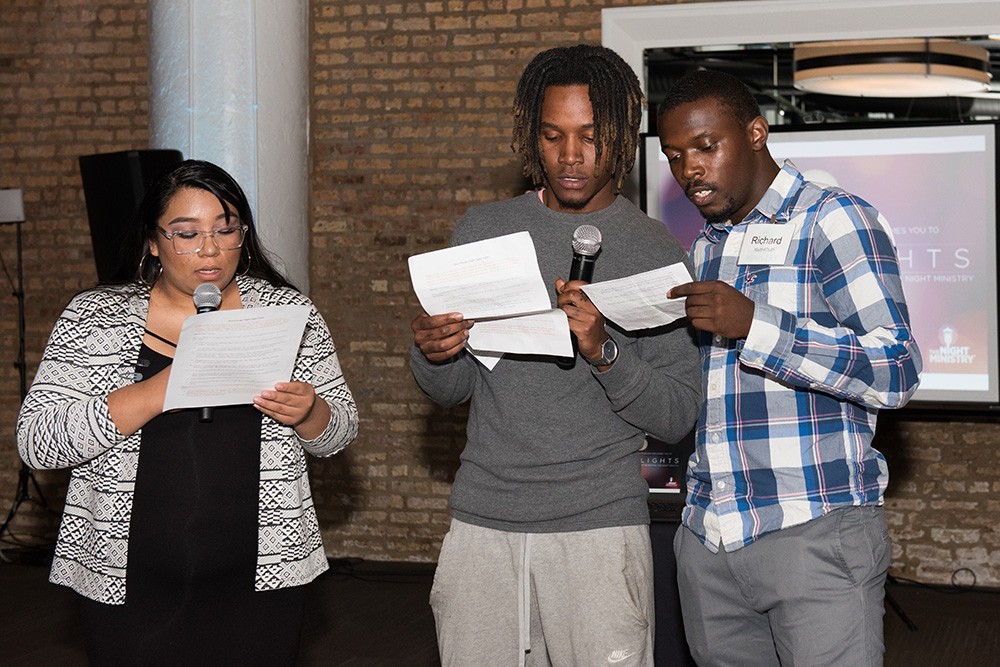 Members of Youth 4 Truth, The Night Ministry's leadership development program for young adults, have written an open letter to Chicago about how our city inspires them and what they would change about it.

When we think of Chicago, we think of "hustle." All over the city, people are coming up and doing their thing.

Up north, the sidewalks are filled with moms and strollers, lots of dogs, joggers, and bicycles. On the West Side, we see neighbors talking on porches and kids playing in open fire hydrants.

Out south, we see corner stores where someone can buy full-fledged nachos—Doritos, cheese, and peppers, all in a bag—for only $3.50. We see people hanging out on corners and basketball courts, and lots of elderly people spending time together. Downtown, we see people walking really fast, but they probably aren't really going anywhere that important.

You can't be mad at people's hustle, but folks live in their own pockets too much.

Streets and potholes seem to get fixed faster on the North Side, while out south and west, the streets are full of litter. We see how certain people look down on others because of who they are or where they live.

We see a man sleeping in front of a train station because that's the only place he has to sleep, but there are abandoned buildings that could be turned into housing. We see a woman standing in front of a fast food joint at 3 a.m. She's hungry but has only a dollar to her name.

We remember block parties, and how violence made those go away. We see how people only really communicate when something bad happens that forces them together.

In the words of Malcom X, "There is no better than adversity. Every defeat, every heartbreak, every loss, contains its own seed, its own lesson on how to improve your performance next time."

You have to choose what kind of person you want to be in Chicago, and we choose to love and fight for what our city needs, such as more affordable housing for young people trying to start their lives; mental health for youth and health education in schools; recreation centers for kids to keep them off the street; and a stop to drug use on the streets.

We want to leave you with this quote from Bahāʾ Allāh, the founder of the Bahāʾī Faith, because we feel it speaks to all of us in our city:

"So powerful is the light of unity that it can illuminate the whole earth."

Tweet
Budget Process Is Focused on Needs of Clients and ...
Street Medicine Widens Its Impact with More Staff ...