Criminalization Perpetuates the Cycle of Homelessness 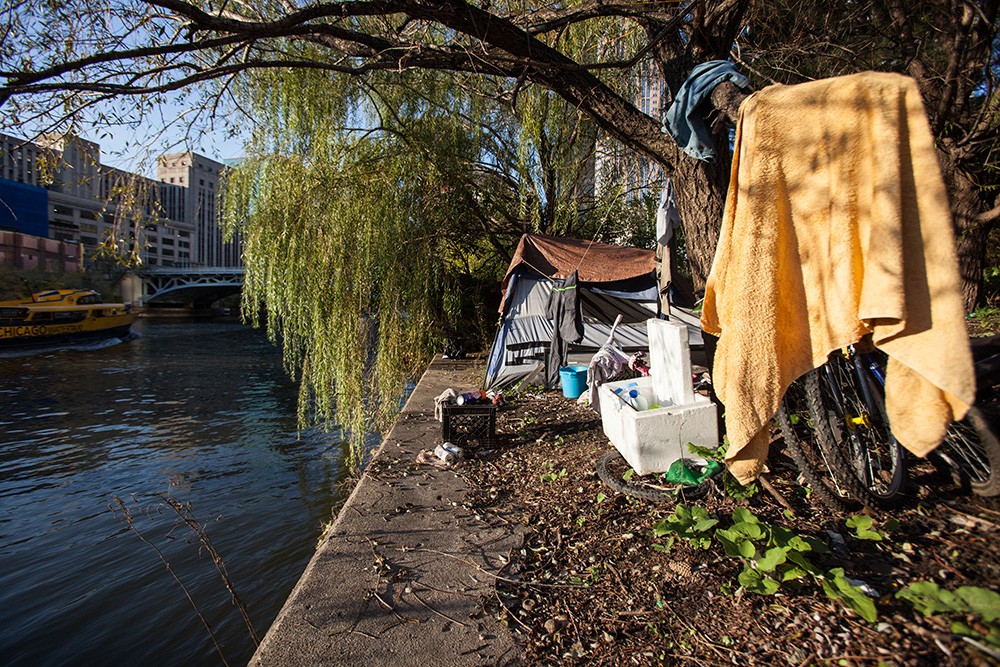 Laws criminalizing homelessness, including ordinances banning camping in public places, have increased by more than 40% in major American cities over the last decade, according to The National Law Center on Homelessness & Poverty.

Homelessness is not a crime, but in municipalities across the country, more and more individuals experiencing homelessness face jail time or fines for sleeping on the sidewalk or in a car, camping in a public place, panhandling, or engaging in other activities they must do to simply survive on the streets.

"It's a vicious cycle," said Sylvia Hibbard, Case Manager with The Night Ministry's Street Medicine Team. "Being homeless can be criminalized to the point where you are kept homeless."

"Having a criminal record makes you ineligible for many housing programs," said Taylor de Laveaga of The National Law Center on Homelessness & Poverty. "Even a history of police interaction, which is common for people experiencing homelessness, can support a housing provider's decision to deny admission."

And while some ordinances call for a ticket rather than arrest, a citation may lead to time behind bars.

"If you're unable to make a court date or pay those fines and fees, which the many are not, an arrest warrant could be issued," said de Laveaga.

According to the Coalition for Juvenile Justice, every year more than a million young Americans will have some type of involvement with law enforcement or the justice system. That involvement increases the likelihood of a youth or young adult experiencing homelessness.

"There is a huge gap in legal services for runaway and homeless youth in America," said Darla Bardine, Executive Director of the National Network for Youth. "There is a pretty serious need for legal services for this population so situations don't spiral. It's very difficult for young people to resolve these legal matters on their own."

Meanwhile, having a prior contact with the police or courts may deter some young people from seeking supportive services.

"They know or they think there may be a bench warrant out for them, so they don't want to become involved in a system that will report them," Bardine said.

The Night Ministry’s President Reflects on Values ...
The Associate Board Rededicates to Service and Par...
Donate Now
Sign Up for Our E-Newsletter